“Verily He is the all-Possessing, the Most Exalted. When He purposed to call the new creation into being, He sent forth the Manifest and Luminous Point from the horizon of His Will; It passed through every sign and manifested itself in every form until it reached the zenith, as bidden be God, the Lord of all men.”
– Baha’u’llah Tablets of Baha’u’llah, p. 101

“Sixteen Tablets revealed by Bahá’u’lláh during the later years of His life, including the Tablet of Carmel, the Book of the Covenant, and the Tablet of Wisdom, as well as excerpts from other Writings.” Reference: More about the life and mission of Bahá’u’lláh »

The oldest reference to an Educator sent to help early humankind would have to be (as far as I know at this time) is Nu Wa known by other names in Africa. She came to the earliest forms, which had as yet no real social code that differed from the animals. I know of no Apothegms or quotes related to her efforts.

So, let’s talk about what we can learn from the most ancient quote I know of from a Messenger of God. Gayomart is the most ancient Being in the Persian Creation of Avestan texts. He would likely have been the ‘Being’ who is equivalent to Adam in Biblical traditions. The difference is that Adam’s time frame is vague. He is said to be the First but lives in a time of farming animals and grain. There is a famine which drives people to create a food source they can rely on. His “son’s” or descendants are in fact listed in Genesis as farmers. 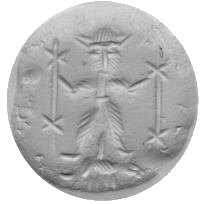 Not so in the case of Gayomart or (Keyumers in Persian). He was known as the Lawgiver, the Just. But He was also Gar Shah, First King of the World. He lived in a mountain cave and wore the skins of animals. There was little if any agriculture. His existence actual started in Heaven and He descended at God’s bidding to earth. “Know thyself.” Is one teaching that is first attributed to Him. There is another Quote which I would like to mention, because it is good guidance for all of God’s servants.

“Pay heed to what is said, not to the speaker. Look up to advice and wise words, no matter who says it.” – Gayomart as told in Tabari “The History of the Prophets and Kings” 915 a.d.

“Man must be a lover of the light, no matter in what lamp it may shine.” Baha’ullah

We have it from the earliest and the most recent revelations. The same warning is repeated.

If the Egyptians had heeded these words, they may have recognized Moses for Who He was.

If Jews had left behind their preconceived notions, all Jews may have become Christians.