As a new author like many of you, I find it interesting why it is we can not seem to find the “perfect recipe” for readers to leave us a book review when the finish our books? So when I do receive new one’s I think it’s appropriate to share them. I thank those readers who have been kind to read and leave a book review on Amazon,  Goodreads,  and  Barnes and Noble .  .  .

ABOUT MY NEW BOOK:

“In order to enjoy this book, you may have to suspend current beliefs, since some of the concepts may seem quite foreign at first. Hopefully, you will find precious gems to take with you.”

What if monotheism always existed, and revelations were given to all human forms. There are hints to that effect. We should not assume primitive peoples were not smart enough to grasp the concept of a single Creator!

Too often we tweak religion to reflect our personal thoughts, rather than dealing directly with the Word of God. Today monotheism is represented by at least nine living faiths, yet praying to God alone is not enough, for many. Instead, we pray to Prophets, angels, saints, ancestors, deities, and the universe.

This creates a chain of “Paths” and “Ways” which become stained by human desires for control and material benefits. And as darkness and materialism overtake one Faith, another is born, through the intervention of the Holy Spirit, clothed in a different form, with a new name, and very familiar teachings.

Monotheism can be visualized as a chain linking prehistory and history, entwined with human additions, wisps and twists that produce an undulating, ultimate Yin and Yang. This constant interaction of complementary, as well as conflicting, forces and energies, exhibits both organic unity and dynamism even war.

Those who suspect there is a unified core of basic beliefs should enjoy “Ancient Ways.” 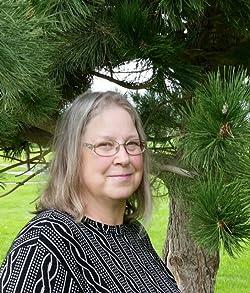 Diane Olsen, prolific writer and first-time indie author of her debut book release titled; “Ancient Ways: The Roots of Religion.” Her book is thought provoking, unique, and an informative look at the development and evolution of religion throughout time and a well-considered concept – the idea of a connective thread of monotheistic faith throughout the history from the birth of human creation.

Born in Colorado Springs, Colorado she now lives in the beautiful Pacific Northwest. Diane was an Undergrad at Colorado State University Ft. Collins: Pre-vet med, Anthropology, then attended and received her BA and MA at the University of Montana, Missoula: Anthropology, Archaeology, and Paleontology. She was a Graduate Teaching Assistant for two years.

Diane has proudly raised two sons Andrew and Gavin, has four grandsons Dylan, Brayden, AJ, and Asher. She is an animal lover and enjoys living in Washington State with her two girls, (doggies) “Ladybug and Charlie” along with two ancient “retired” Zebra, finches, one African Blackfooted Cat. She has raised sheep and goats and about 40 other species of critter over the decades.

Diane enjoys writing, reading good books and cooking. A few of her favorite books are ‘The Book of Certitude (Kitab-i-Iqan), The Upanishads, and The Great Initiates.’

BOOK REVIEWS FROM: Amazon, Barnes and Noble and GoodReads:

This review is for: Ancient Ways: The Roots of Religion (Paperback)
“Really interesting. We’re planning to use it as a book club selection shortly! A must read and well-researched book. Highly suggest this one.”

“If you enjoy reading about other cultures and religions, and you are interested in anthropology? This is the book to read. Very researched well and exceptionally written by this new author. I learned so much about other religions and the author gives you much to think about when it comes to really wondering how we were first created. Was it one supreme God? Or could evaluation have played a part and why? I highly suggested you read this one with an open mind and take your time. It’s Worth The Read!”

Vicki_Goodwin
Communicating with gods that seem to have so much in common and so many similar histories assist in the belief that we share a creator and creation story. This may seem to be a more modern concept, but it could possibly have begun as early as when bipeds began to move about the world, exploring and creating small communities, mixing in with the homo sapiens they met along the way.

I found myself lost in this book, the history and the evolution of man was very well stated and provides documentation for the statements. It has a diverse theme that delves into zombies, white witches, Jewish God, Islamic Allah, Buddha, Osiris, and every form of Diety that has been worshiped and found through verbal and written histories. Bringing them together in on cohesive writing. allowing the reader to see how this is a more common occurrence than typically believed.

The ancient ways connect astrology, alchemy, and all other esoteric practices. The book of Enoch in the Apocrypha tells of the giants that inhabited the world before the great flood. This is carried through in other religious documents of the time. An excellent research book.

In learning about the Priest, Ram, it provided a new and fully invigorating story of earth’s early man and their desire to move past a belief in nature. The book covers the beginning with the priestesses and then covers several chapters on Ram’s dreams, writings, and memories, this information is so thought provoking and insightful. It was new material for me and I was in awe of his place and time in history.

Dec 12, 2016Christy rated,  ***** It was an amazing read!
“By reading this book, I learned of author Olsen’s research on the evolution of religion, from back in the days of Primitive humans onward. While my religious beliefs are not in line with some of the book, I was intrigued by the author’s take that monotheism has linked a range of religions over time.

The book includes quotes from several religious texts, as well as photos and references for additional reading. It is a massive text that I appreciated for its attention to not just one religion but many of them.

I found the discussion of idol worship particularly interesting, along with the story of Noah, and discussion of how Islam supports Christians.

This book is a quality read for anyone interested in religious growth and development.”

So just as a reminder to readers, please don’t feel afraid or intimidated to leave a sentence or to as a book review for an author to share how you liked or not liked their book. As writers, we like to know and appreciate what our readers think and share with us about our craft as a writer, not just as an author. It is the best “gift of thank you” you can give to us .  .  .  .

Come connect with me on Social Media!